Travelling in search of an original music holiday

Posted by lovemusictravel on March 5, 2010 No Comments on Travelling in search of an original music holiday 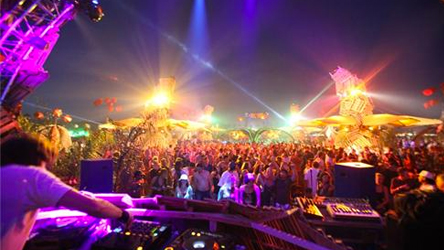 Ask most people what excites them in life and it’s pretty likely travel and music will be right up there. Who doesn’t sit at their desk dreaming of exotic destinations? Who doesn’t leave a thumping gig with adrenalin coursing through their veins? That’s why the Love Music Travel is confident it can’t go wrong with its new concept.

The company, a collaboration between Toploader’s Dan Hipgrave and travel industry expert Alastair Poulain, has brought these two passions together to create music-themed trips in faraway climes such as Brazil, the Deep South and Cuba.

‘Where there is music, there is fun,’ says Poulain, one of the founders of award-winning luxury travel company Original Travel. ‘If you really want to get to know a place or immerse yourself in a new culture, the best way to do it is through music. It’s the lifeblood of the people.’

Poulain admits he was surprised when Hipgrave approached him with the idea a year ago, although he immediately saw the potential. Hipgrave, who has reunited with Toploader, spent his time away from the limelight writing travel articles for national newspapers and it was these experiences that inspired his idea for the Original

Music Travel. ‘I always had details of the airlines and the hotels but there was no easy way to find my way into the local music scene,’ he says.

And there’s nothing worse than feeling like you’re not invited to the party.

‘I hated feeling like I was on the periphery of something really exciting,’ he says. ‘You can spend your whole holiday just looking for the party so we want to offer that access.’

According to travel industry insiders, 2010 is all about experiences. Destinations are so passé, darling – it’s the stories you come home with that really matter. ‘You can’t simply namecheck a country any more – I take your Indonesia and I raise you Laos,’ says Poulain. ‘Travel is
so accessible today so we want to offer something with an edge.’ And what could be better than regaling your friends with stories of learning flamenco in the rundown gipsy areas of Seville where it originated? Or hanging out in the Deep South with the guy who taught Elvis Presley to play the guitar? (Hipgrave was told Elvis was ‘appalling at first’.)

Of course, bringing together this heady combination of great music and great places is no mean feat. Hipgrave had to talk to a lot of strangers before he found out that drinking in the bohemian Casa Villarino bar in Rio is the best place to hear local samba.

‘There’s no easy way of doing it, I simply had to talk to people and ask where the best bars were,’ he says. ‘A lot just ignored me, probably thinking: “What is this guy with weird hair talking about?” but I decided that if one in five helped me, I was doing pretty well.’

He got himself into some potentially sticky situations along the way. ‘In Ecuador there’s a golden triangle that tourists shouldn’t leave,’ he explains, ‘but I heard there was an amazing jazz bar just outside so I decided to chance it. I was walking along the road with my wife when a guy in a balaclava jumped out but it turned out he was just a car-park attendant.’

Ask Hipgrave about his best find and he will ponder and scratch that weird
hair of his. Their Cuba experience is his current favourite, although Po’ Monkey’s, a hut on stilts deep in the Mississippi Delta, ‘blew his mind’.
‘It had fairy lights and crazy postcards, and it was filled with local jazz musicians. It’s a night I’ll remember for the rest of my life.’

On the festival side, their Sunsplash trip to Antalya sounds like another whopper, at which you’ll find yourself mixing with Gilles Peterson and the legendary Norman Jay.
However, fun and frolics aside, Poulain and Hipgrave have their work cut out. They are aware that they have to deliver what they promise – and they’re making big promises. They have to respect these local places too. A busload of Brits turning up with Love Music Travel badges is not their vision. ‘Imagine: “You know that blues heritage you had? Well, we’ve ruined it”,’ says Poulain. ‘That’s exactly what we don’t want.’

So what next? Hipgrave’s mission is to travel to Africa in a bid to get access to local people’s homes so us mere mortals can experience genuine African beats. It’s a tough job but someone’s got to do it.

Prices start at £559 for festivals and £1,200 for trips.
www.lovemusictravel.com